Sweet Scarlet is made up of six sassy women, brought together by their shared passion for music and performing.  With a background in choral music and a love for pop classics and contemporary favourites, Sweet Scarlet defines the genre of choral fusion. Not only are they great friends, but they also bring a captivating and compelling dimension to the a cappella music scene with their recordings and live performances.

In past years, Sweet Scarlet has toured the west coast, and accumulated numerous accolades, including winning the “People’s Choice” award at the 2016 Yule Duel in Gastown. They also received the prestigious Elmer Iseler award at the 2016 International Choral Kathaumixw, and placed second in two of their competition categories. 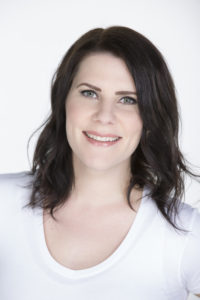 Katy Cadman (mezzo soprano) brags an impressive vocal resume, having performed at such iconic Vancouver locations as the Orpheum, the Vogue Theatre, the Centre for the Performing Arts, and the Queen Elizabeth Theatre; however, despite her many notable performance highlights, Katy is a down-to-earth, loveable, and sometimes goofy member of Sweet Scarlet.  In addition to adding her harmonies to the group, Katy is also the proud mama of two daughters and one son and wife to her supportive husband Dave (who also occasionally moonlights as the group’s videographer). When she’s not harmonizing with the Scarlettes, Katy spends her days enlightening hormonally-gifted teenagers as an English teacher and choral instructor in West Vancouver. 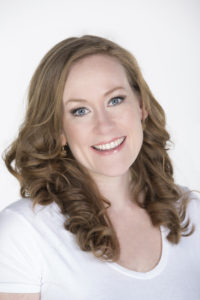 Laura Couling (soprano) boasts many eclectic talents, including running marathons, making jewelry, serenading her cat with original song lyrics, and playing the role of loving wife & mama to her charming hubby, Jay and her four children. Most often caught belting out oldies and TV show theme songs, in a variety of locations from her parking garage to the shower, it’s easy to tell when Laura is happy because it usually involves a song.  When she’s not being supermom, she can also often be caught humming a tune in the hallways of two West Vancouver elementary schools, where she spends her days as a Learning Support Teacher, educating her adoring pupils on a wide variety of subjects from social skills to algebra.

June Iwagami-Pausche (mezzo soprano) is a self-professed lover of show tunes and 80’s music, although she is actually a classically trained opera singer.  In her life outside of Sweet Scarlet, June is a much-loved teacher in Surrey, a mom to two adorable and spirited little girls, and a spouse to her supportive, lucky and loveable husband, Kevin. On days when she is not dedicated to mastering her mezzo soprano harmonies and Sweet Scarlet’s extensive repertoire, June can be found competing in the lacrosse box where she is the assistant team captain for the New West Women’s Salmonbellies. 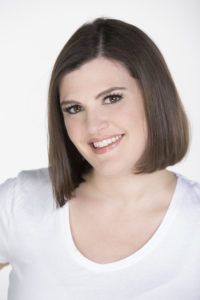 Heather Ray (soprano) is the girl in the car next to you, belting out any and every song on the Wicked soundtrack. A soprano since the beginning of time, Heather has been singing and performing since elementary school, taking on such prestigious roles as a villager in Charlie and the Chocolate Factory in grade 5, Ariel AND Ursula from The Little Mermaid in her family’s living room, and Laurey in her high school production of Oklahoma. An HR manager for an alcoholic beverage company by day, Heather uses her impeccable organizational skills to keep Sweet Scarlet’s calendar on track. By night, Heather moonlights as a mom of two, wife of one, and restaurant critique of many. 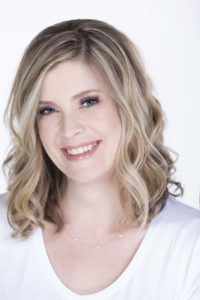 Eran Sudds (alto) started her singing days as a soprano, honing her harmony skills as a youngster while singing along to Air Supply on car trips with her mom.  These days, she holds down the lower end of Sweet Scarlet’s musical chords, as one of the group’s two altos. When she is not obsessively monitoring Sweet Scarlet’s social media, or enthusiastically concocting new vocal arrangements for the group, Eran can be found photographing beautiful people, reading contemporary fiction, doting upon her cat and enjoying snuggles and giggles with her son, Henry and husband, Justin. 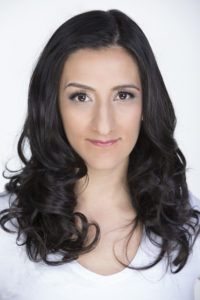 Vista Trethewey (alto) has the most important sounding day job (Appellate Adjudicator), but is the least intimidating member of Sweet Scarlet, with her friendly nature, mothering tendencies and a permanent smile on her face. A crowd-stealing vocalist since the tender age of 3, Vista’s earliest singing memory is of snatching the microphone away from the MC at her first Canadian community event, and serenading the audience with a Persian nursery song. Nowadays, Vista can be found singing those same lullabies to her son and two daughters, or belting out such 80’s faves as Total Eclipse of the Heart and Black Velvet to her eternally supportive hubby, Brenden.